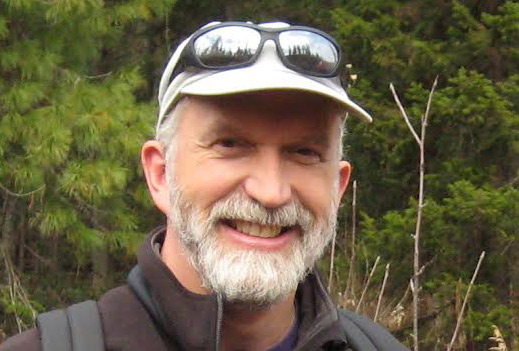 His academic research centers on the evolution of hominin bipedalism. His interests in the footprints attributed to sasquatch, came into focus when he examined a set of 15-inch tracks in the Blue Mountains of southeastern Washington. His lab now houses over 300 footprint casts. He conducts collaborative laboratory and field research throughout the Pacific Northwest and Intermountain West, as well as internationally (e.g. China, Russia), and has spoken about his findings in numerous popular and professional publications, interviews, television appearances, public and professional presentations.
He is author of Sasquatch: Legend Meets Science (Tom Doherty Publishers), which explores his and other scientists’ evaluations of the contemporary evidence for the reality of this legendary being, and also affords deference to tribal people’s traditional knowledge of this subject. He has also published two field guides, one focusing on sasquatch, the second casting the net more broadly to consider relict hominoids around the world (Paradise Cay Publishing).